FLORENCE, Italy — Walking about downtown Florence, a visitor inevitably happens upon the artistic legacy left by the Renaissance sculptor Donatello. Copies of his sculptures look down on passers-by from the bell tower of the city’s cathedral or from decorated niches along a main road, while originals populate churches and museums. Two works — the lion known as “Marzocco” and a statue of “Judith and Holofernes” — are installed in front of the Palazzo Vecchio, the city’s civic heart and a prestigious showcase for Florentine masterpieces like Michelangelo’s “David.”

The exhibition “Donatello: The Renaissance,” which opens here on Saturday and runs through July 31, broadens that experience to show how the innovations Donatello introduced to sculpture influenced a host of artists during his lifetime and after: sculptors and painters alike, from Masaccio to Mantegna to Michelangelo and many more.

“This is an extremely ambitious exhibit,” Francesco Caglioti, a professor of medieval art history at the Scuola Normale Superiore di Pisa who curated the show, said during a whirlwind tour before the opening. “It gives the sense of Donatello as epicenter,” he said. “Because Donatello,” he added, is a “father of the Renaissance.”

The exhibit also provides an unprecedented chance to see many works by Donatello, born in Florence around 1386 as Donato di Niccolò di Betto, assembled between two venues, the Palazzo Strozzi and the National Museum of the Bargello.

Left to right: a statue of St. Louis of Toulouse and a reliquary of St. Rossore by Donatello and a fresco by Andrea del Castagno.Credit…Ela Bialkowska/OKNO studio

Many works are permanently in Florence, naturally, but many others have traveled from dozens of museums and institutions, including the Metropolitan Museum of Art in New York, the Louvre in Paris, the National Gallery of Art in Washington, D.C., and the Kunsthistorisches Museum in Vienna, not to mention the Uffizi, the Bargello’s hometown rival.

The exhibition was organized by the two Florence venues in conjunction with the Staatliche Museum in Berlin and the Victoria & Albert Museum in London, which will host their own editions of the show, Berlin later this year and London in 2023. The artworks will vary in each city. Arturo Galansino, director general of the Palazzo Strozzi Foundation, described the three exhibitions as “distinct yet complementary.”

Securing the loans from so many museums and institutions — including some pieces that hadn’t moved for around 600 years — had been challenging, said Galansino. “But clearly the project was so important that everyone took their participation in it very seriously,” he added.

Donatello was an extremely prolific artist. In his 17th biography of the artist, Giorgio Vasari wrote: “Because he took delight in all things, he set his hand to doing everything, without considering whether it was insignificant or prestigious.”

That is clearly manifest in the Florence exhibition. Alongside pricey marble and bronze commissions for courts and deep-pocketed clerics, Donatello also worked for many private patrons, often crafting devotional works that were handed down for generations, before leaving Italy during the 19th century to swell the collections of museums around the world.

Caglioti notes that Donatello’s recovery of terra-cotta as a material for sculpture was one of his great contributions to the era.

Arguably the most famous of Donatello’s Madonnas is the so-called “Dudley Madonna,” now in the Victoria & Albert Museum, a marble piece sculpted in relief so minimal — a technique known as “schiacciato” — as to appear like a cameo. Its renown echoed so widely throughout Donatello’s lifetime and later that it merits its own room in the exhibition, alongside works by artists inspired by the piece, including Leonardo da Vinci and Michelangelo. “This Madonna was copied by all the great artists of the Renaissance,” said Caglioti.

Donatello’s “Dudley Madonna,” usually in the Victoria & Albert Museum in London, has traveled to Florence for the show.Credit…Victoria and Albert Museum via Palazzo Strozzi

But Caglioti — a self-professed Donatello fanatic — also illustrates through comparisons with other artists the long-reaching impact the artist had on art history. For example, Donatello’s explorations of the rational perspective developed by Filippo Brunelleschi, the slightly older architect and sculptor who worked with, and rivaled, Donatello for decades, as seen in the complex background of “The Feast of Herod” from the Baptistery in Siena, on loan for the first time. “Here Donatello leaps ahead by a century,” Caglioti said.

Donatello’s innovative interpretations of subjects — a teenage St. John the Baptist, a nude David, the not easily identifiable martyrs on the doors for the Old Sacristy of San Lorenzo (one of 14 pieces to be restored in connection with the exhibition) — also eschewed tradition and challenged antiquity, breaking new ground.

Donatello found an outlet for his vision in the “spiritelli,” the naked winged children that he used as decorative motifs and subjects on their own. In the exhibition’s scholarly catalog, Caglioti posits that two “spiritelli” heads, on loan from the Met in New York, might come from a Cantoria, or choir gallery, today in the Opera del Duomo Museum.

One room features works from Donatello’s stay in Padua, Italy, where he lived for 11 years, including a bronze crucifix from the Basilica of St. Anthony in that city: “the first monumental bronze crucifix of Christian art,” Caglioti said. The crucifix is exhibited alongside five bronze statues by Donatello’s pupil Niccolò Baroncelli, which left the Cathedral of Ferrara for the first time to be in this exhibition. “We were able to convince the priests there,” said Caglioti.

At the Bargello, statues depicting the biblical hero David by various artists have been assembled in the Donatello Room, so named in 1887, after it hosted an exhibit commemorating 500 years since the artist’s birth. The best known of these is Donatello’s bronze “David,” which he created for the Medici, the Florentine dynasty that promoted the artist. The sculpture is raised upon a column here to show how it was originally viewed.

“Ask anyone today which is the work that most represents David, everyone will say it’s Michelangelo’s version. It was important to show how that David was the result of a tradition of works dedicated to David that had developed throughout the 15th century,” said Paola D’Agostino, the Bargello’s director.

“That idea was to show how Donatello interpreted the iconography of David in various moments of his life, and how the figure of the biblical hero is revolutionized, generating a series of imitations both large and small,” the latter having widespread impact throughout Europe, she said.

Donatello was “the greatest artist of all time,” Caglioti said, one whose impact overshadowed that of Giotto, Raphael, Michelangelo and Caravaggio. “They left their mark by shaping their era,” he added. “Donatello did more than that, turning the history of art around by 180 degrees.”

Mail Ballot Rejections Surge in Texas, With Signs of a Race Gap 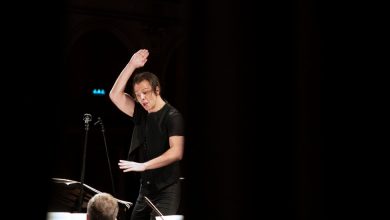 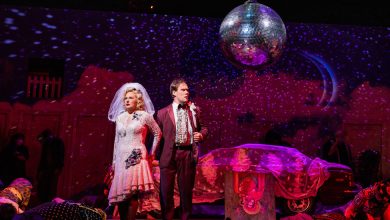 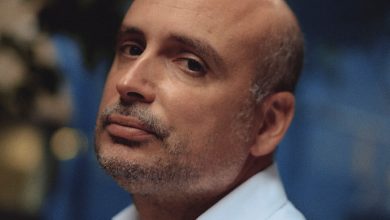