BEHIND THE BYLINE • DAN BARRY

The reporter Dan Barry on finding stories, his central purpose and how he ends the work day.

Times Insider explains who we are and what we do, and delivers behind-the-scenes insights into how our journalism comes together.

Dan Barry has worked as a reporter at The New York Times since 1995. He has written for the Metro, Sports and National desks; his longest running beat here was This Land, an 11-year search for stories across America. Before coming to The Times, he was a reporter at The Providence Journal in Rhode Island, where he shared a Pulitzer Prize for investigating the state’s court system.

More recently, he has written about the inner lives of a cabaret singer who died in the early days of the pandemic, a local newspaper’s last reporter, a former deputy police chief avoiding certain memories and a small-town mayor heartbroken by a baseball team that moved away. His varied subjects don’t follow a traditional journalistic beat like transportation. Although he has written about that, too.

What about Mr. Barry’s own inner life? “I’d say that transportation is far more interesting than my inner life,” he wrote in an email exchange. Here he talks about themes explored in his work, his approach to storytelling and an average workday during the pandemic. The following interview has been edited.

How would you describe the beat you’ve been on since This Land ended?

I would call my beat “open to anything.” It’s been a mishmash of narrative projects, general essays, photo essays, deadline reporting and writing, and the occasional riff in sports and the arts. I also spent a year as a senior editor and writer for The Times’s documentary unit.

Looking through your recent articles, you can see a few subjects that get repeated attention: minor leaguebaseball, crime and lawenforcement, remembering9/11, Irish and Irish American life, moments of medicalcrisis and the localnews. Do you see consistent themes between these stories?

I know about Ireland because my mother was from Galway, and I know about 9/11 because I helped with The Times’s coverage of that day. If I see a story — whether as a feature or an essay or an investigative piece — I go after it. And for the past two years, I’ve been focused on the coronavirus and the turmoil in Washington, especially the Jan. 6 riot.

To what extent do these subjects represent what you feel most passionate about, even outside of your journalism?

My central purpose is to tell stories that resonate; that delight you or enrage you or allow you to hear the often-unheard. Usually, the narrator is the invisible guide. But even on those few occasions when I use the first person — as when I wrote about 9/11, or about adding my mother’s name to a tombstone in Ireland — I am trying to be a stand-in for all of us, trying to strike universal chords.

Whatever connections might exist among your stories, they’re in some ways unpredictable, such as your article about a police officer who helped save a man who had a heart attack. How did you find this story, and how do you find your ideas in general?

One of the benefits of being around a long time is that you get to know a lot of people. Someone I know in the New York Police Department told me about a fast-thinking officer saving the life of a man who had collapsed to the pavement after having a massive heart attack.

I initially didn’t see a “story,” but I asked a few questions, including the frequency of these types of incidents. When I heard that the city’s first responders answer more than 3,500 emergency calls every day, I saw an opportunity to take just one incident and slow it down, allowing us to appreciate more fully these everyday city miracles.

I suppose this story is an example of how I find stories. Very basic stuff. I listen, I observe, I ask questions and I try to ward against world-weariness. I want to be eternally curious. 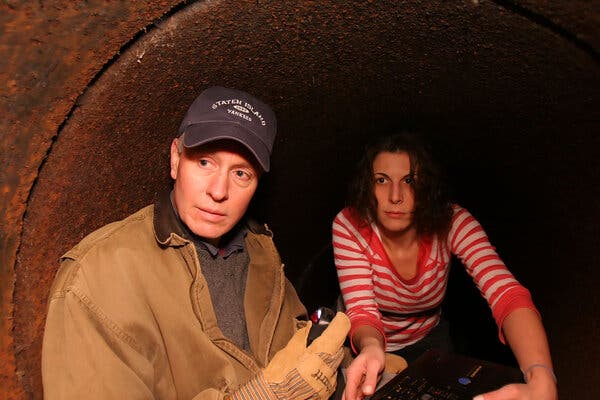 Dan Barry in 2006, with the multimedia producer Lisa Iaboni in Upper Manhattan, for an About New York column on the Old Croton Aqueduct.Credit…Marilynn K. Yee/The New York Times

Can you think of tricks you’ve learned about storytelling?

I don’t know whether they constitute tricks, but my aim is to make the reader see and feel everything the protagonist sees and feels. I try to do this through intimate interviews and well-chosen details that include all the senses.

Then I try to craft a few first paragraphs that all but dare the reader to stop reading. Now, of course, I have to honor the promise of those first paragraphs by maintaining a narrative topspin through to the end. This means that I am always alert to where a reader’s interest might wane — where ponderous explication or unnecessary description disrupts the rhythm. So I rewrite and rewrite, trim and tighten, work with an editor to make the story the best it can be — begging the editor to flag any purple prose — and then pray that the reader stays with the story through to the end.

Is there anything you do in particular that helps you notice vivid scenes and form descriptions of them?

I hate writer’s workshops the way Lou Grant hated spunk, so I don’t want this to sound like a writer’s workshop. But I take a lot of notes. Most of the notes will not make it into the story, but while I record what I’m seeing and hearing, I am also free-associating, writing down quick impressions and metaphors. This helps me to find an apt, vivid description, or a description that might work on more than one level.

Can you describe your routine on workdays during the pandemic? What have you been up to after your day’s work is done?

If I’m not traveling — I’ve been to California, Alabama, Kentucky and Rhode Island in recent months — I start the day by trying to exercise. Then I sit somewhere with my laptop and write and rewrite and trim and tighten. Usually there’s a Zoom call of some kind. Usually there’s an interview or two. At some point, there is a dog walk, and a mesmeric study of the refrigerator’s contents, and a walk around the block. Then, at the end of the day, another long walk and an internal debate about whether I have earned a glass of wine. I usually ignore the evidence and decide in the affirmative.

Clint and Ron Howard Remember When They Were Just ‘The Boys’ 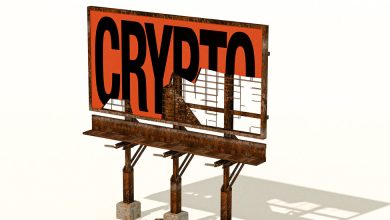 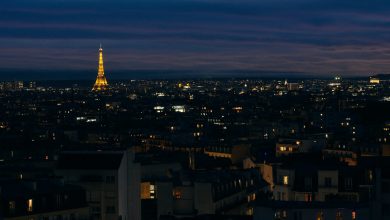