All those stories about Cubans keeping ancient American cars on the road are absolutely true. It is out of necessity: Trade embargoes prevent both U.S. cars and parts from making their way to the island, and the foreign cars that are available — both new and used — are well out of reach financially for all but the most affluent Cubans. Because of this, they are the ultimate vehicular scavengers, fabricators and mechanics.

On a trip to Havana in January 2018, our guide for the week was an affable woman who drove a gorgeously appointed 1950s Chevrolet. One evening on our way to dinner, we hopped in the big yellow Chevy and began rumbling down the road. One block later, its transmission dropped.

The driver summoned a taxi, and we made it to our meal, unsure of who would pick us up once our plates were clean. Nearly two hours later, we were surprised to see the yellow Chevy waiting in the parking lot, its transmission fully functional.

In the States, a fix this quick would be possible only if a fully compatible transmission were lying around a given garage, ready to be installed at the drop of a hat (or transmission). Here, such a scenario would be highly uncommon — but it’s a different story in Cuba.

“I know people who have every single replacement part available in their garage in case their car breaks down,” said Paolo Spadoni, an associate professor at Augusta University in Georgia with an expertise in Cuban affairs.

As the world’s cars become electric, it might be logical to presume that the mechanical wizardry required to repair a classic internal-combustion car within two hours will become a deeply discounted skill. After all, President Biden has announced that he would like to see electric vehicles account for 50 percent of all new U.S. car sales by 2030. Fully electric vehicles currently account for about 2 percent of new car sales in the United States.

While the cause won’t be trade embargoes but rather this coming generational shift to electric cars, experts say it’s possible that American roads could resemble Cuba for a spell, with older cars running on gasoline engines kept in circulation long after they ordinarily would have been traded in for another fuel-burning model.

“We think there will be Cuba, especially in the rural areas of the U.S.,” said Michelle Krebs, an executive analyst for Cox Automotive. Battery advancements will be crucial to making progress on the number of electric cars on the road, she added. “Range is really important to people in faraway places; you have to drive long distances just to get to the grocery store,” Ms. Krebs said.

Repairing an old car on a street in Havana.Credit…Jose Goitia for The New York Times

Simply put, a whole lot needs to happen in the next nine years for Mr. Biden’s goal to be remotely attainable. Electric cars need to become more affordable. Battery range needs to increase sharply. Charging stations need to become as commonplace as gas stations. And the time it takes to charge an electric car needs to fall more in line with gassing up a tank.

Cubans, meanwhile, are limited to renting the Chinese-manufactured Chery Arrizo 5e, according to Carla Bailo, chief executive of the Center for Automotive Research in Ann Arbor, Mich.

And that’s not the only issue. “Electricity in Cuba is at a crisis, given that Venezuela is supplying the lowest-ever oil to Cuba,” said Jorge Salazar-Carrillo, a Cuban native and the director of Florida International University’s Economic Research Center. “I don’t know of any electric chargers in Cuba.”

In America, Colorado is one of the most progressive states when it comes to furnishing charging stations in out-of-the-way locales. Yet a recent New York Times article about a road trip there in an electric car detailed a weekend spent constantly worrying about the next place to plug in.

“Range anxiety — that’s a real thing that has to be figured out when people go on road trips,” said Jason Courter, chief operating officer at Bellevue Honda in Washington and a former chair of the American International Automobile Dealers Association.

“You really have to plot out your course when you’re driving an electric vehicle,” Mr. Courter added. “We’re going to have to have a way bigger charging infrastructure — turning rest stops into charging stations. The average gas-station stop takes about 10 minutes. Just to get a trickle charge, you’re 20 minutes to a half-hour plus, with less opportunities to get them.”

During this electric switch-over, the cars won’t be sock-hop-era classics, but they might be showing their age soon. “The average vehicle on American roads is getting older, not younger, so people are hanging on to vehicles a lot longer,” Ms. Krebs said. “Gas-powered vehicles are going to be around for a long time, even if we get to 50 percent by 2030.”

Ms. Bailo owns a 1956 Chevy Bel Air, the likes of which you’d be more apt to find on the roads of Havana. “Right now, the average American can only afford a car that’s 14 years old,” she said.

She added: “Old cars are not complex. The bodies last forever, so you’re just dealing with the engine parts. It’s simple. There aren’t a lot of parts there.”

Keeping vintage cars on the road in Cuba is relatively straightforward.Credit…Yander Zamora/EPA, via Shutterstock

Mr. Salazar-Carrillo recalled his own cumbersome E.V. journey with a fellow professor at the University of Vermont.

“He had to calculate because there weren’t many electric stations,” Mr. Salazar-Carrillo said, adding that a stop to charge took close to an hour. “I think combustion-engine cars are going to disappear more slowly than people believe. There will still be some families and businesses who will return to gasoline-powered cars. The regular cars might go the way of how you see things in Cuba.”

Both Mr. Salazar-Carrillo and Mr. Courter question how green electric vehicles really are, pointing to their potential to tax already stressed power grids, as well as the manufacturing process for batteries.

“A lot of people have concerns about how that will tax the grid, especially with rolling brownouts in California,” Mr. Courter said. “Some of the messaging behind electric is that it’s clean. But what did it take to build that battery? It still took factories, and it still took the mining, which, from everything I’ve read, is not the cleanest process.”

The power source is a central element.

“If it’s a coal-fired plant down the road firing up that electric car, it’s a bit of a wash,” said Ty Monroe, the manager of Northern European Auto Recyclers in Seattle, where Teslas appear to be multiplying like jack rabbits. “But it’s a net gain here in the Northwest, because we’ve got hydroelectric.”

Mr. Monroe’s scrapyard specializes in salvaging and fixing old Volvos — Volvo being a manufacturer that has pledged to go fully electric by 2030. Hence, he has a vested interest in seeing old cars stay on the road as long as they can. Yet he expects electrification is inevitable.

“The days of the internal-combustible engine are numbered,” he said. “It makes sense that Volvo is sticking with their lineage and wants to be environmentally friendly and on the vanguard. If these parts become more obscure, it just ups the value of having a ’60s muscle car and having parts that can get it down the road. As we go more electric, it’ll be a short-term boom, but in 100 years, good luck going to a junkyard and finding a part for a gas-powered car.”

A full century on, it’s a safe bet there will be highways in the sky and we’ll all be the Jetsons — if the planet will still have us by then. In the near future, however, things could get a little weird, with colonies of well-preserved F-150s rumbling around rural roads in search of an actual filling station while their electric counterparts are rejuvenated by an abundant supply of urban extension cords. 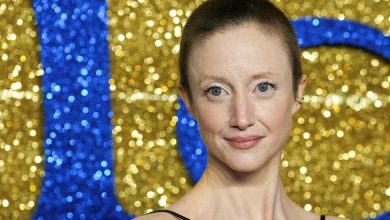 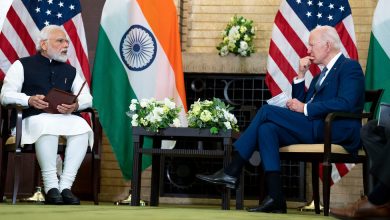 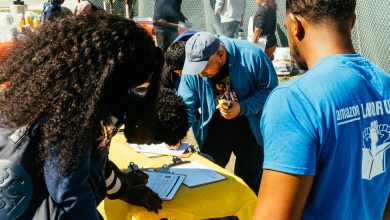 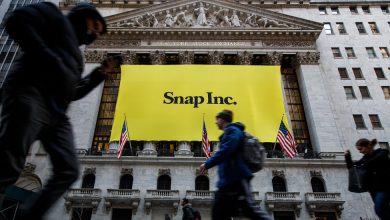