Seventeen years ago, Kelefa Sanneh was doing what he likes best: poking at conventional wisdom.

As a pop music critic for this newspaper, he wrote a piece against “rockism,” the longstanding critical bias that favored guitar-driven popular music written by its performers (Bruce Springsteen, U2) as more authentic and worthy than songs by production-heavy pop idols (Christina Aguilera, Usher). Sanneh argued for the possibility of “a fluid musical world where it’s impossible to separate classics from guilty pleasures.”

Rockism was an insider’s concept at the time, bandied about among critics, but it became a household word, along with its antagonist, poptimism, a belief in not only expunging the guilt from those pleasures but investing deep thought in them.

Sanneh had been trying to muddle things, but soon afterward, they got very simple again. Poptimism won. In a rout.

“At the time, it was easy to argue that pop and R&B music weren’t being taken seriously,” he said in an interview earlier this month. “I think it’s fair to say that that’s no longer a problem.”

Sanneh is hoping to kick-start a few new disputes and revisit some older ones in his first book, “Major Labels,” a history of the past 50 years of popular music told through the stories of seven genres: rock ’n’ roll, R&B, country, punk, hip-hop, dance music and pop. It is due out from Penguin Press on Tuesday.

Kelefa Sanneh’s book “Major Labels” is out on Oct. 5.

Since 2008, Sanneh has been on staff at The New Yorker, where he’s written about politics, boxing, comedy and sociology in addition to music. After years away from the critic’s beat, “the idea of diving back into music started to seem exciting,” he said. “And I realized I was still obsessed with it.”

Browsing through Metropolis Vintage, a T-shirt shop just south of Manhattan’s Union Square, Sanneh approvingly noted the democratic mix of concert mementos. “One of the things I like about popular music is how it frustrates pretension,” he said, skimming through the hangers. “You have all these arguments, but they all end up on T-shirts next to each other on the rack. The arguments fade and someone is like: ‘Should I grab a Madonna shirt or maybe Bob Seger?’”

Sanneh, tall and reedy at 45, was wearing a baseball hat with the phrase “Woo Ah!” across the front in pink — a keepsake from a concert by the German star Kim Petras, a current pillar of poptimism.

Sanneh writes early in the book that “Major Labels” is “a defense of musical genres.” It’s popular now to praise people who can “slip between” genres or “transcend” them, he said. But to his ear, genres are not only inevitable but valuable.

“Every community is defined by inclusion and exclusion,” he said. “And every musical community is in part a critique — implicit and often explicit — of other forms of music, other communities. You don’t get that tight-knit sense of being part of something without at least a little bit of pigheadedness.”

His book ponders the historical divisions between R&B and hip-hop, the disco wars and the ensuing paths of dance music, the ways in which country music has hewed closer to the mainstream without losing its defining characteristics. He wanted to retrace how genres developed and solidified (and where they might remain ductile), and to recount the types of debates that he says don’t arise much anymore, like “whether Prince is a sellout, or whether Grand Funk Railroad is the future of rock n’ roll.”

Sanneh describes a typical Gen X childhood of being introduced to popular music — Run-DMC, the Beastie Boys, Bob Marley — by peers, sometimes taped off the radio. (Sanneh said he’s a full-time streamer these days and no longer buys physical copies of music.) But it wasn’t until he discovered punk as a young teenager — the Ramones, the Dead Kennedys, the Sex Pistols — that he felt a passion for it.

“It really was linked to the idea of having opinions,” he says of the time when his fandom intensified. He had previously thought, “Here are the Beatles, everyone likes the Beatles and you’re listening to the Beatles. I didn’t realize you could say: ‘No, I’m turning this stuff off, and this stuff on; that’s bad, that’s good.’ That was almost more seductive to me than the music; the idea that you could make up your own mind about it.”

Sanneh at Academy Records in New York’s East Village. In the 2000s, “it was easy to argue that pop and R&B music weren’t being taken seriously,” he said. “I think it’s fair to say that that’s no longer a problem.”Credit…Nathan Bajar for The New York Times

As a student at Harvard, Sanneh worked in the punk department of the radio station WHRB, a position that required he pass a written examination. He still considers himself a punk at heart, a jarring claim for someone with his temperament and who writes about his mother chaperoning him at a Ramones concert when he was 14.

It’s easy to imagine that he inherited his kindly but questioning spirit from his parents. His father, Lamin Sanneh, was born and raised in poverty in Gambia. Raised Muslim, as a teenager he converted to Christianity, which he discovered through his own studying. He went on to become a leading scholar of world religion who taught at Yale for 30 years.

His son can remember him discussing various subjects at the family dinner table and becoming “impatient with pat explanations.” He was equally annoyed by simplistic Christian political positions and by knee-jerk dismissals of Christianity; and, after 9/11, by broad-stroke arguments that either lumped Islam together with Christianity or posited the faiths as polar-opposite rivals. Kelefa Sanneh’s mother, Sandra Sanneh, followed her own remarkable trajectory. White and raised in South Africa, she became a scholar of Zulu and other African languages, retiring from Yale in 2020 after her own three decades there.

Kelefa Sanneh was born in Birmingham, England, and soon after moved to Accra, Ghana, where his father was teaching. Two years later, another job took the family to Aberdeen, Scotland, and when Sanneh was 5, the family moved to Massachusetts. He’s always been most comfortable and confident writing in a mode that’s “a bit more analytical, a little less hot-blooded,” he said, and tries to explain subjects as if coming to them from another world.

“I always thought about it as related to being an immigrant,” he said.

Growing up, Sanneh also recalls “an immigrant’s sense of wanting to figure stuff out: ‘What are they doing over there?’ And that immigrant’s sense of whenever someone says, ‘No, this is country music, they’re singing about the troops, this is not for you,’ saying, ‘Hold on a second, I’ll be the judge of that.’ So I’ve always thought of it as curiosity and maybe a bit of mischief.”

“His basic stance is amused skepticism,” said Ben Ratliff, another former music critic for The Times who worked with Sanneh. “He can put on an extraordinarily dispassionate performance, in the best critical sense of that word.”

Sanneh, who moved to the U.S. when he was 5, can remember, he said, “an immigrant’s sense of wanting to figure stuff out.”Credit…Nathan Bajar for The New York Times

Sanneh comes across as more of a complicator than a contrarian, not reflexively antagonistic but suspicious of unanimity. “Fundamentally I like when people disagree about stuff,” he said. “Anytime there’s a situation in which people claim there can be no disagreement, I always get interested.” He has brought that interest to bear in nuanced pieces about affirmative action and antiracism, among other subjects.

Henry Finder, the editorial director of The New Yorker, has known Sanneh for more than 20 years, and read drafts of “Major Labels” for him. Finder also met Sanneh’s father on several occasions before his death in 2019 and finds similarities in how father and son approach their fields.

Lamin Sanneh, Finder said, “devoted a lot of energy to ecumenism; he wanted a world in which people can live together in a community without everyone being the same. In a cultural zone, K’s instincts are similar.” (Those who know Kelefa Sanneh call him K.)

In the realm of music, Sanneh says, many listeners grow harder to please as they get older. He’s had the opposite experience, his interrogation of different genres opening him up to their various pleasures.

How Asia, Once a Vaccination Laggard, Is Revving Up Inoculations 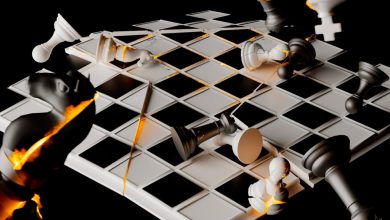 He’s the Bad Boy of Chess. But Did He Cheat? 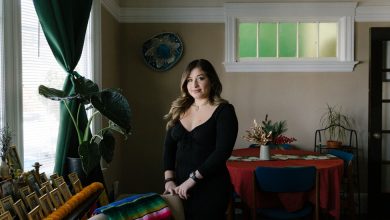 Latinas Have Struggled to Build Savings, but a Younger Cohort Is Making Gains