On Tuesday, Mr. Schumer convened breakfast for 20 Democratic senators, a sit-down at noon with key Democratic moderates, including the balking Joe Manchin III of West Virginia and Kyrsten Sinema of Arizona, then on to the weekly lunch with the full Democratic caucus.

On Wednesday, Ms. Pelosi sandwiched a confab with the Ways and Means chairman, Representative Richard E. Neal, between meetings with the leaders of Britain and Australia; greeted House Democrats as they picked up lunches in her office; rushed to the White House to meet with President Biden and Mr. Schumer; joined a messaging meeting on the bill with the White House communications director, Kate Bedingfield; rallied with the League of Conservation Voters; met with the leaders of the House’s factionalized caucuses; and then headed to the home of Representative Donald S. Beyer Jr. in Northern Virginia for a Democratic Congressional Campaign Committee dinner and, yes, more strategizing.

Nobody said it would be easy, but the multiple tasks piling up for Mr. Schumer and Ms. Pelosi present a particularly daunting set of challenges: A $1 trillion infrastructure bill awaits consideration in the House on Monday, a $3.5 trillion social policy and climate change measure is still being stitched together, and a possible government shutdown looms on Friday followed by a potential debt crisis next month.

Without a single vote to spare in the Senate and as few as three in the House, the coming weeks could pose the most difficult test that any pair of congressional leaders has faced in memory, recent or otherwise. The Affordable Care Act was a feat, involving remarkable twists and multiple near-deaths, but even with 39 Democratic defections, it still passed the House by five votes.

Medicare, Medicaid, food stamps and other programs of President Lyndon B. Johnson’s Great Society were transformational, but Johnson was working with huge Democratic majorities.

“When every single person has a veto, everyone realizes they have the power to say yes or no; they can be queen or king for the day,” said Tom Daschle, the former senator from South Dakota and the last Democratic majority leader who presided over a Senate without a vote to spare. But, he added, in his day, the Sept. 11, 2001, attacks brought about a sense of unity and bipartisanship. “It’s much harder now,” he said.

Or, as Senator Chris Van Hollen of Maryland told colleagues at the Senate Democratic caucus’s closed-door lunch on Tuesday: “Put on your heat shields and buckle up, because this is going to be intense.”

There is already plenty of grumbling in the party’s leadership. Some fault Mr. Biden for blessing the effort by a bipartisan group of senators to hive off traditional infrastructure from the larger budget bill, thus separating it from spending programs like an initiative on rural broadband that could have helped bring reluctant moderates along.

Senate leaders wish Ms. Pelosi had not let her committee leaders draft pieces of the bill on their own, since the measure being stitched together this weekend is likely to cost well over $3.5 trillion and build expectations that will have to be dashed.

House Democrats have been kept largely in the dark about the Senate’s plans, since Mr. Schumer is writing his version behind closed doors. But, they complain, he has not pushed his committee chairmen to nail down their positions and line up their votes, so they can begin negotiating with their House counterparts.

For her part, some of Ms. Pelosi’s problems are arguably of her own making. When a small group of centrist Democrats threatened to vote against a budget blueprint needed to push through the social policy and climate change bill without the promise of a quick vote on the Senate-passed infrastructure bill, the speaker largely gave in, committing to a vote on the infrastructure measure by Monday.

Ms. Pelosi’s much larger caucus of liberal Democrats have said they will not vote for that legislation until Congress advances their priority, the climate change and social policy measure.

Now, Monday is upon her, and the larger bill is nowhere close to ready, so Ms. Pelosi tried to create at least the appearance of progress in hopes of securing liberal votes for the infrastructure bill. That has meant a largely meaningless declaration on Thursday that an agreement had been reached on a “framework” for paying for the larger bill, and a rare Saturday session of the House Budget Committee to formally draft a 2,465-page version of the bill that has no chance of passage — and little prospects even for a vote in the full House.

In all of this, Republicans see hubris bordering on authoritarianism. By not even engaging the opposition party on a bill of such expansive ambition, Republicans say Democratic leaders have guaranteed its eventual collapse.

Mr. Schumer and Ms. Pelosi are working to advance major pieces of legislation while avoiding a government shutdown this week and a potential debt crisis next month.Credit…Sarahbeth Maney/The New York Times

“It’s a transformation of America, becoming more of a socialist, European-type country,” Representative Kevin McCarthy of California, the Republican leader, said this month on “Fox & Friends.” “They’re going to have government deciding almost everything in your life.”

Still, at least for now, Democrats are evincing confidence that Mr. Schumer and Ms. Pelosi can pull off what could become a feat of legislative legend.

Representative Katherine M. Clark of Massachusetts, the assistant speaker, conceded that the set of obstacles facing Ms. Pelosi was extraordinary, but the challenges that Democrats were seeking to address were unprecedented: the worst pandemic and public health crisis in a century, the reality of climate change manifesting itself in record hurricanes, floods, wildfires and heat waves, and a racial reckoning after the killing of George Floyd that has underscored vast inequalities in society.

“She approaches this with a calmness of purpose and a belief in the Democratic caucus,” Ms. Clark said of the speaker. “To have her leadership in this moment of such peril and opportunity for country is an incredible gift.”

Both leaders are in constant contact with their members, Mr. Schumer on his vintage flip phone, Ms. Pelosi dashing from meeting to meeting. On Friday morning, she convened her top four lieutenants and the leaders of more than a dozen committees that have pieces of the bill. As staff members handed out notes and calls kept buzzing in, she went around the room telling each committee leader the issues that still needed to be resolved.

She then met with Representative Josh Gottheimer of New Jersey and other Democratic moderates for more than an hour before she and Mr. Schumer joined a call with the president.

Ms. Pelosi has been in difficult situations before. She had to coax enough anti-abortion Democrats to back the House’s version of the Affordable Care Act without losing liberals, who were already smarting over the Senate’s exclusion of a new government-run plan, or “public option,” that would have competed with private insurance in the bill’s insurance marketplace.

Then Senate Democratic leaders abruptly lost their filibuster-proof, 60-vote majority, after a Republican, Scott Brown, shocked Washington by winning the special election in Massachusetts to to fill the Senate seat left vacant by the death of Edward M. Kennedy. Ms. Pelosi had to persuade House Democrats to swallow their pride, forget months of painstaking negotiations and simply pass the Senate’s version of the Affordable Care Act, since a House-Senate compromise would be blocked by Republicans.

“The Affordable Care Act was a pretty big challenge,” said Representative Debbie Wasserman Schultz of Florida, who was in leadership then. “I mean, passing sweeping health care reform and completely transforming the health care delivery system in this country? Yeah, that was what I would say was comparable” to the current effort.

The social policy and climate change bill does not create a whole new government function the way the health law did, but in the scope of its ambitions, it might be even harder to pull off. It would extend groundbreaking income support programs, like the child tax credit passed this year, make prekindergarten universal and community college nearly universal, create a federally paid family and medical leave benefit, and try to firmly transition the country away from oil, gas and coal to renewable fuels and electric vehicles, to name just a few of its programs. And it would pay for all that by taxing the rich and corporations, possibly in ways never tried before.

That has created any number of choke points that could sink the bill, given Democrats’ narrow majorities. Representative Kurt Schrader of Oregon has said he wants a bill that spends less than $1 trillion over 10 years. Several House members say they cannot accept the bill’s get-tough approach to prescription drug prices. One of them, Representative Scott Peters of California, voted against the full package on Saturday as it advanced out of the Budget Committee, another bad sign for Democrats.

Ms. Sinema of Arizona has privately told colleagues she will not accept any corporate or income tax rate increases. But recent discussions by Senate Democrats about adding a carbon tax to the bill to both combat climate change and help replace that revenue have run up against concerns raised by three House Democrats from Texas. In a letter to Ms. Sinema and Ms. Manchin, they expressed their opposition to several provisions in the bill aimed at combating climate change, and also came out against increasing a minimum tax on overseas income from U.S. companies above where it was set in 2017.

Senator Kyrsten Sinema, Democrat of Arizona, has privately told colleagues she will not accept any corporate or income tax rate increases.Credit…Stefani Reynolds for The New York Times

Several New York and New Jersey Democrats have demanded the bill include the full restoration of the state and local tax deduction, which is vital to their constituents but is anathema to liberals who call it a giveaway to the rich. Representative Alma Adams of North Carolina says she will oppose the bill if it does not include tens of billions of dollars more for historically Black colleges and other minority-serving institutions. Representatives Lou Correa of California and Jesús García of Illinois have said they are “no’s” unless the final bill includes “a pathway to citizenship for undocumented immigrants,” a provision the Senate parliamentarian has already disallowed under the chamber’s strict budget rules.

Somehow, Ms. Pelosi and Mr. Schumer will most likely have to smooth over those disputes — and hope no others lurk beneath the surface — before a final version of that bill goes to a vote.

“It’s not at all surprising this is going to be a turbulent moment,” Mr. Van Hollen said. “The challenge is landing the airplanes on a very narrow runway, in the middle of a hurricane.”

The Week in Business: A Debt Deadline Looms

Jonathan Mirsky, Journalist and Historian of China, Dies at 88 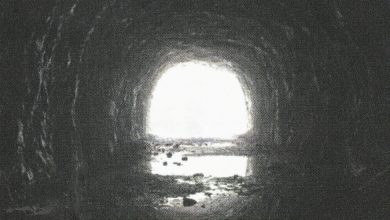 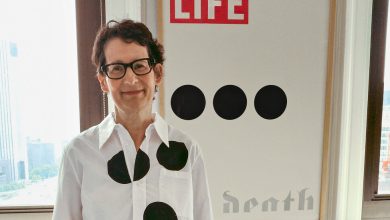 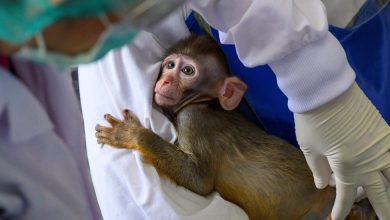 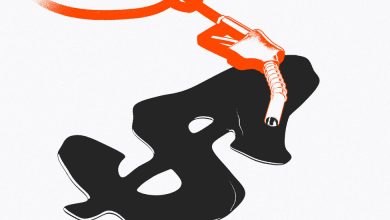