DOHA, Qatar — The sun comes up before 5 a.m. and immediately puts the entire city on convection bake. By lunchtime, the temperature has finished its methodical climb up the scale, from unusual through uncomfortable to unbearable and then, finally, to unhealthy. The wind off the bay offers no relief; in June in Doha, even the summer breeze blows hot.

This was to be the summer the World Cup came to Qatar, an idea that seems as preposterous now as it did a dozen years ago, when the tiny Gulf country, let’s just say, acquired the hosting rights to soccer’s biggest championship. FIFA’s own evaluators had labeled a summer World Cup in the Gulf as “high risk,” and a single morning’s walk this week confirmed that assessment. Still, for years, Qatari organizers promised to deliver what they had proposed, whatever FIFA asked: new stadiums, new hotels, new cooling technologies, a new frontier for soccer.

Organizers, of course, eventually came to their senses, or at least to that one sense that lets humans differentiate hot from sun’s anvil hot, and in 2015 moved the tournament to the winter. The past week, though, offered a glimpse of what might have been. 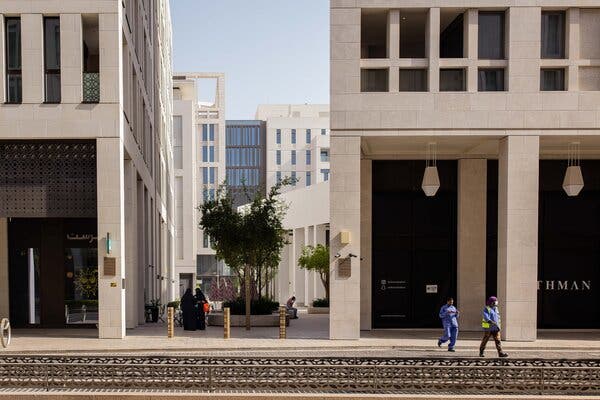 Peru fans seeking shelter from the sun in the Souk Waqif, top, and a rare sight on the streets of Msheireb in midday: humans.

Over eight days, Qatar hosted three intercontinental playoff games that determined the final two teams in the field for this year’s World Cup: Australia and Costa Rica. Like so many of the marquee events hosted in Doha in recent years, the matches were a chance for Qatar to test-drive its facilities, its infrastructure and its tolerance for all the disparate guests.

How did that glimpse into the future look this week? Both reassuring and incomplete, depending on one’s perspective.

Five months from the World Cup’s opening match, Qatar appears to have gotten the big things right. Seven of the eight air-conditioned stadiums built or refurbished for the World Cup have hosted matches, and the largest (and last) will have its first test events in the coming months. All but one of the arenas are reachable by one of the three gleaming new subway lines that speed under and through the capital, and work continues on office towers, apartment blocks, roads and sidewalks every day. Even with so much ready to go, though, to see Qatar this summer, so close to its big moment, is to see a place that is a work in progress rather than a completed vision.

Some Peru fans from California took their own World Cup trophy to Qatar. Their team, alas, won’t be going.
World Cup messages dot plazas and open spaces across Doha. Qatar bid for a summer event, but will host in the winter instead.

Peru brought the most fans of any country playing this week, a raucous army more than 10,000 strong, but every morning it was possible to walk long city blocks without seeing a soul. Many residents and visitors emerged only in the evening, to sip coffees, to stroll the parks and green spaces and to wander the Souk Waqif, the capital’s rebuilt marketplace — filling its tables, disappearing into its warren of stalls and shops. But even as the locals, the Qatari families and South Asian workers, pulled out their phones to snap photos and record videos of those fans enjoying this place they probably never thought they’d visit, one couldn’t help but feel that none of them could yet be sure what November would bring.

Organizers expect that more than a million fans overall will enter Qatar during the World Cup — 32 cheering sections, just like Peru’s, but neutrals, too, all of them crowding the same spaces, competing for the same hotels and cafe tables, all waving their own colors and carrying their own hopes. 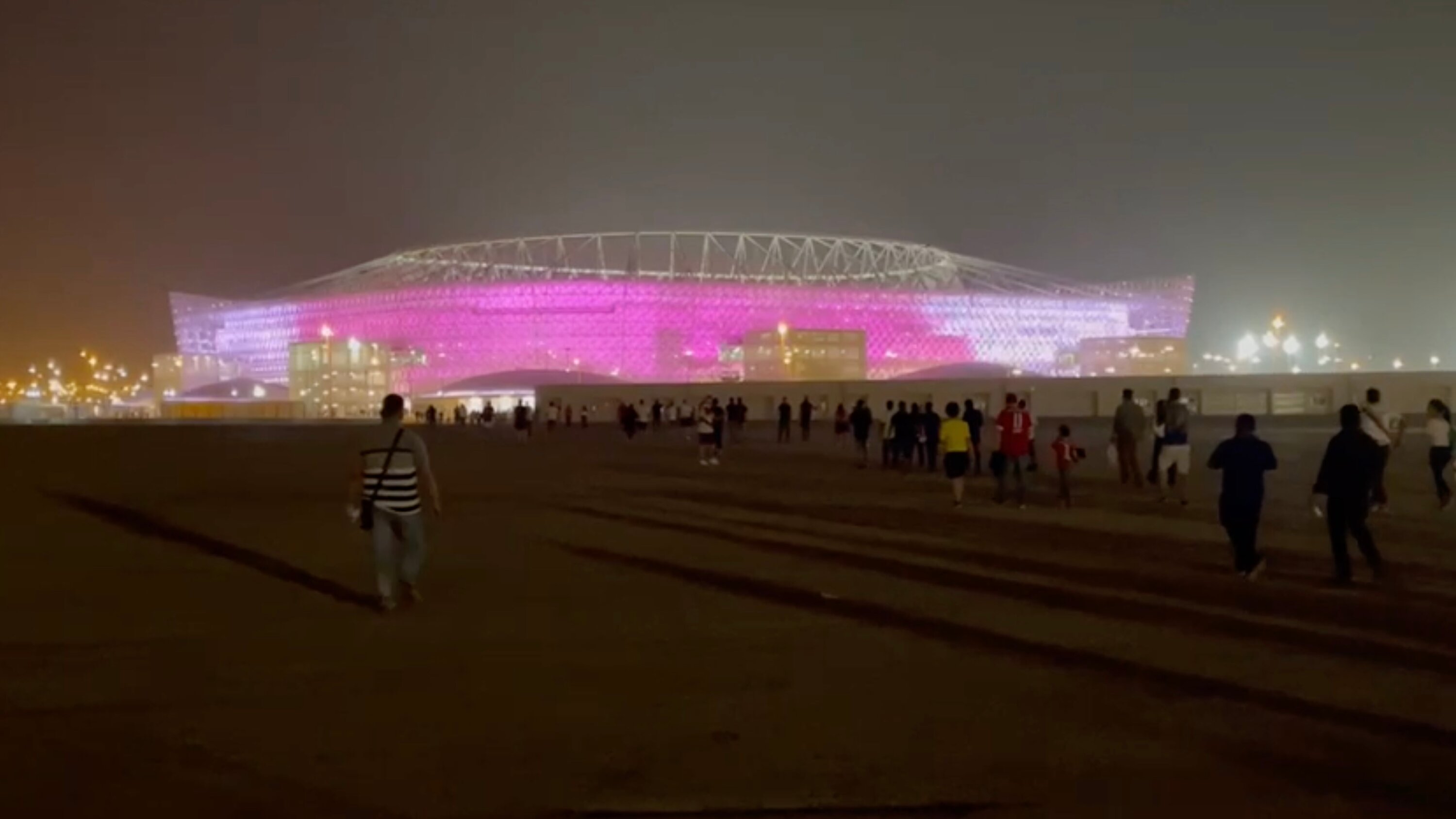 The stadium in Lusail, Qatar’s largest venue, is equipped with individual cooling vents under each seat.
A new turf field growing under artificial light at Lusail; different blends of grass are installed depending on the season.

Questions persist about where all those guests will sleep, eat, shop and drink. Cruise ships and tent camps may help with that first problem, which remains the biggest unanswered question for fans and organizers. Qatar’s decision to require those attending the World Cup to have proof of a ticket purchase to enter the country or book a hotel room could help keep the numbers down. Saudis and Emiratis who love soccer could pour across the border to bring those numbers right back up. But the tournament also is four full days shorter than its predecessors in Brazil and Russia; if it turns into a chaotic mess, then at least it will be a shorter one.

There are still a few months to hammer out the final details, to find the room and rent the buses and the boats, for Qatar to produce the smooth-running showpiece it promised, to flex all that shiny new soft power.

The heat? That’s so low on Qatar’s list of concerns that officials and engineers now dismiss it with the wave of a hand. Anyone who has spent time in the Gulf in the winter, they will tell you, knows the mercury drops into the 80s by then, and it is cooler at night. Could that lower the temperature, literally and figuratively, in the fan zones and elsewhere? Maybe.

The World Cup stadium in Lusail is decorated with collages of photographs of the workers who built it.
For others, the preparations rarely stop. Outdoor work is prohibited in the heat of the summer day.

On game days it won’t have to. The stadium air-conditioning systems functioned as advertised all week; on Monday, during Australia’s shootout win over Peru, blowers and vents built into the 40,000-seat Al Rayyan stadium cooled the match to a comfortable 72 degrees Fahrenheit (22 Celsius), even though it was still well over 90 degrees outside the stadium’s open roof and swirling metalwork shell.

In a few months, the last and most elaborate system built into the 80,000-seat showpiece stadium in Lusail, which will host 10 matches, including the final, will get its final tests. The engineer who designed it promised this week that it would work. He had, he noted with a laugh, done the calculations himself.

To see Qatar this summer, so close to its big moment, is to see a work in progress rather than a completed vision.
Tags
All See That This Will

In ‘Downtown Stories,’ Theater That Uses New York as Its Stage

Iga Swiatek, a World No. 1, Gets Comfortable Using Her Clout

Russia Detains Its Olympic Goalie, Who Had Signed With the Philadelphia Flyers

At Wimbledon, American Men Are Putting on a Fourth of July Bash