On Sept. 19, as the Yankees were making a push for a wild-card spot in the postseason, they lost by 11-1 to Cleveland in a game in which their ace, Gerrit Cole, allowed seven runs. Walking into the clubhouse after the final out, reliever Michael King spotted Cole sitting in the locker of catcher Kyle Higashioka and doing something that fit his meticulous nature.

“He was going over every single pitch that he just threw,” King said of Cole, who fired 104 of them that day. “He was like, ‘Was this the wrong pitch?’”

On Tuesday night, the Yankees will pin their postseason hopes on Cole, the star right-handed pitcher whom they signed to a record setting nine-year $324-million contract before the 2020 season for moments like this. It is not just a win-or-go-home American League wild-card game, and it is not just against their rival Boston Red Sox. It is also in Fenway Park.

The Yankees have many reasons to be confident: Cole, a four-time All-Star, has produced a 3.23 earned run average, 16-8 record and 243 strikeouts over 181⅓ innings this season. And in 13 career postseason starts, he has a 2.68 E.R.A., including two wins for the Yankees in last year’s playoffs.

But what separates Cole, 31, from other gifted pitchers in baseball, his teammates said, is his meticulous attention to detail and fanatical baseball intellect. He pushes himself, and those around him, to get better. He offers tips not only to his fellow pitchers but also to his team’s hitters. He often stands near Manager Aaron Boone during a game and quizzes him on his decisions. He loves talking baseball all the time.

Cole has taken it upon himself to mentor younger pitchers like Jordan Montgomery. Credit…Sarah Stier/Getty Images

“He lives, breathes eats, sleeps baseball,” Higashioka said. “He has a few hobbies, but pretty much the only thing he wants to talk about is baseball. Sometimes I’ll get a random text about the game that night or whatever where he’s still thinking about it.”

Since the wild-card game began in 2012, the Yankees are 2-1 in the one-game format, and they also advanced as a wild card last year in a best-of-three series as part of an expanded pandemic playoffs. Cole, who has been a dominant force in the regular season for several years, lost the only wild-card game he has started, 4-0, to the Chicago Cubs in 2015 when he was with the Pittsburgh Pirates.

Cole has sputtered in the closing month of the season — a 5.13 E.R.A. in September — but he will be expected to carry a heavy load on the mound in October should the Yankees end their 11-season World Series title drought. And off the mound — in the dugout or clubhouse, on the plane or out to eat — the Yankees will continue counting on Cole’s baseball brain.

“I love the game and I love my teammates, so it’s just enjoyable to talk about the game,” Cole said recently. “And then I think there’s some added value to having back and forth with other craftsmen. Whether that’s sharing some things about your own personal trade or if it’s about getting better as a team, both of those are beneficial.”

Throughout the season, Boone said Cole will pop into his office from time to time to vent or talk about himself, the team, the season, anything. He said that he enjoyed it when Cole stood near him in the dugout during a game to talk or question him. He joked that only every now and then does he want Cole to give him some space.

“He really, really cares, and he’s interested in all facets of the game,” Boone said. “On the days he’s not pitching, he’s totally invested. That’s just who he is. He’s smart, he’s curious, he asks why and he gives his opinions. He’s pointed out some really interesting things that I go, ‘Hmm yeah.’”

Cole said he shares with Boone anything he knows or sees about an opponent. He said he might also ask Boone why he was or wasn’t taking out a pitcher in a certain situation or ask for his reasoning on certain decisions. “I certainly don’t tell him what to do, but I ask him questions,” he said.

Cole’s first wild-card game start came as a member of the Pittsburgh Pirates in 2015. He allowed four runs in five innings and the Pirates lost to the Chicago Cubs.Credit…Justin K. Aller/Getty Images

Cole’s teammates, hitters and pitchers alike, said he would often offer suggestions. Reliever Chad Green said Cole was a helpful resource on his pitch selection. Jordan Montgomery, whose 3.83 E.R.A. and 157⅓ innings this season were the best marks of his career, said Cole would compliment him when he was doing well, “but if you’re doing bad, he’ll help you find your way back.”

King, a key multipurpose cog on the Yankees’ pitching staff, said that during a recent strategy meeting for pitchers before a series against the Toronto Blue Jays, he and his teammates were amused because it felt like Cole talked nearly as much as pitching coach Matt Blake and had something to say about each opposing hitter. King said it was all useful insight because it went beyond video and analytics.

“He just wants everybody to be their best,” said slugger Aaron Judge, whose walk-off single on Sunday secured the Yankees spot in the wild-card game.

Throughout the season, Higashioka said Cole would mention to him if he had noticed a pattern in how opponents were pitching to him. Judge said Cole would occasionally ask him after an at-bat about his thought process to compare notes.

“He’s sitting on the bench thinking about it from both sides,” Judge said. “Like, ‘If I’m pitching right now, how would I pitch to this guy?’ or ‘If I was in the box, what would this guy be doing?’ He’s always one step ahead.”

“He definitely challenges me with making sure that I’m always prepared and with in-game decisions,” catcher Kyle Higashioka said of Cole.Credit…Kathy Willens/Associated Press

“He definitely challenges me with making sure that I’m always prepared and with in-game decisions,” Higashioka said.

Blake, who became the Yankees’ pitching coach last year with no previous major-league coaching experience, said that Cole had pushed him in a similar way. “Because he’s so talented, he expects a lot of you to hold him accountable to that person, so he wants to be coached at a high level,” Blake said.

Cole said he was more than willing to speak up if he noticed something, because that was how past good teams and veteran teammates behaved, like A.J. Burnett and Ryan Vogelsong when Cole began his career in Pittsburgh or Justin Verlander when Cole blossomed in Houston.

“That’s a characteristic of a good team,” he said.

Cole will be matched up against Nathan Eovaldi of the Boston Red Sox on Tuesday. Eovaldi, a former Yankees starter, has thrived for Boston this season.Credit…Alika Jenner/Getty Images

This season, Cole has been encouraging his fellow pitchers, particularly the younger ones, to think along with Boone and his coaching staff during games. He said Vogelsong used to make him sit by the coaches in the dugout during games in Pittsburgh because, when Vogelsong was with the San Francisco Giants, that is what they did so they could learn from Bruce Bochy, the team’s three-time World Series-winning manager, about the strategy of the game.

During games, starter Nestor Cortes said Cole would stimulate that sort of conversation among his rotation mates, asking what they think their teammate on the mound will throw.

“We’ve gone back and forth in the dugout about that: ‘Hey, what do you think? What do you got? What pitch is coming? What do you think he’s going to do?’” said Cortes, whose 2.90 E.R.A. has been an unexpected godsend for the Yankees rotation this season. “It’s been fun and it’s been cool. And I’ve learned a lot because now I get to see a different perspective of a great pitcher.”

Even when the Yankees are out to dinner, the conversation often turns to baseball’s many facets, on and off the field. Green said Cole, who is a top players’ union representative, is often the ringleader of their chats because he knows so much about the game.

“Anytime we have an opinion on something or a question about something, he’s our go-to guy,” he said.

On Tuesday in Boston, Cole will be just that for the Yankees again.

The Stock Market’s Hot Summer Became a Swoon. Where Does It Go Next?

Setting Sail on the Winding Waterways of California’s Delta 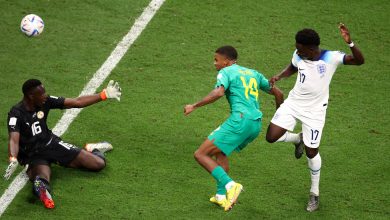 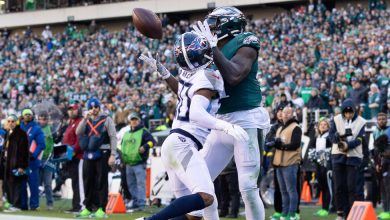 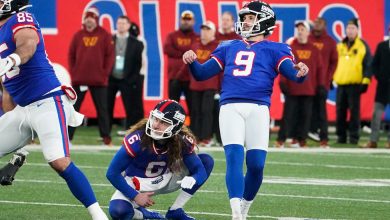 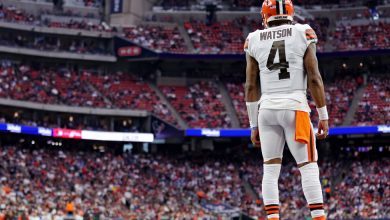