SAN JOSE, Calif. — Elizabeth Holmes, the founder of the failed blood testing start-up Theranos, was sentenced to more than 11 years in prison on Friday for defrauding investors about her company’s technology and business dealings.

The sentence capped a yearslong saga that has captivated the public and ignited debates about Silicon Valley’s culture of hype and exaggeration. Ms. Holmes, who raised $945 million for Theranos and promised that the start-up would revolutionize health care with tests that required just a few drops of blood, was convicted in January of four counts of wire fraud for deceiving investors with those claims, which turned out not to be true.

Judge Edward J. Davila of the U.S. District Court for the Northern District of California sentenced Ms. Holmes to 135 months in prison, which is slightly more than 11 years. Ms. Holmes, 38, who plans to appeal the verdict, must report to prison on April 27, 2023.

Federal sentencing guidelines for wire fraud of the size that Ms. Holmes was convicted of recommend 20 years in prison. Ms. Holmes’s lawyers had asked for 18 months of house arrest, while prosecutors sought 15 years and $804 million in restitution for 29 investors.

In court, Judge Davila concluded that the proper calculation for investor losses was $121 million for 10 investors. He included some Theranos investors who did not testify in Ms. Holmes’s trial, such as Rupert Murdoch, the media mogul, and Richard Kovacevich, former chief executive of Wells Fargo who sat on the start-up’s board.

Ms. Holmes’s case has taken on an almost mythic status among white-collar crimes over time. Few start-up founders reached the level of prominence that she did, appearing on magazine covers, dining at the White House and hitting a paper net worth of $4.5 billion. Since Theranos’s fraud was exposed in 2015, Ms. Holmes’s story has been told in podcasts, TV shows, books and documentaries.

Ms. Holmes, center, with her parents and Mr. Evans before her sentencing on Friday. Theranos shut down in 2018.Credit…Jim Wilson/The New York Times

Exaggeration and hype are common among tech start-ups, but very few executives are indicted on fraud charges, let alone convicted and sent to prison. That trend may be changing as the Justice Department has said it plans to be more aggressive in its pursuit of white-collar criminals.

In October, Trevor Milton, the founder of electric vehicle company Nikola, was convicted of fraud. And Sam Bankman-Fried, the founder of the cryptocurrency exchange FTX, which collapsed in bankruptcy last week, is under multiple state and federal investigations.

Prosecutors in Ms. Holmes’s case urged Judge Davila to consider the message her case sent to the world. In court filings ahead of the sentencing, they wrote that a long sentence for Ms. Holmes was important to “deter future start-up fraud schemes” and “rebuild the trust investors must have when funding innovators.”

The Theranos founder’s story, from a $9 billion valuation to a fraud conviction, has come to symbolize the pitfalls of Silicon Valley’s culture.

In court on Friday, Jeffrey Schenk, an assistant U.S. attorney and a lead prosecutor on the case, criticized Ms. Holmes’s argument that Theranos’s failure was typical of a high-risk, ambitious Silicon Valley start-up. “It is a logical fallacy to suggest that start-ups fail, Theranos was a start-up, and therefore, Theranos failed because it was a start-up,” he said. “That is not true.”

Mr. Schenk said Ms. Holmes destroyed the trust between “innovators and investors” in Silicon Valley. He added that Ms. Holmes’s offense was not a single bad act, like insider trading based on a tip, but an extended fraud that occurred over many years. Prosecutors also compared her case to major frauds of the past, including the energy trading company Enron and the long-distance phone company Worldcom, whose chief executives both spent more than a decade in prison.

Kevin Downey, a lawyer for Ms. Holmes, said in court that because she never cashed out her Theranos stock, there was no evidence of greed, like yachts, planes, large mansions and parties. Lumping Ms. Holmes in with executives at Enron and Worldcom didn’t match her underlying behavior, he said.

“We have a conviction for a crime where the defendant’s motive was to build technology,” he said.

Asking for leniency, Ms. Holmes submitted more than 100 letters of support from figures including Stanford professors, venture capital investors and Senator Cory Booker, a Democrat of New Jersey, which painted her as a virtuous person who was a victim of circumstances.

Ms. Holmes will be assigned to a prison by the Federal Bureau of Prisons based on factors such as location, space, her lack of criminal history and the nonviolent nature of her crime. Minimum security prisons nearest to Ms. Holmes’s residence in Woodside, Calif., include Federal Correctional Institutions in Dublin.

Theranos created a machine that it claimed could run more than 1,000 tests on a drop of blood. It struck partnerships with major grocery chains to build test centers in their stores.Credit…Jim Wilson/The New York Times

Ms. Holmes’s dramatic rise and fall began more than a decade after she dropped out of Stanford University to create Theranos in 2003, a start-up that aimed to revolutionize health care with better diagnoses of illnesses. The company created a machine that it claimed could run more than 1,000 tests on a drop of blood and struck partnerships with major grocery chains to build test centers in their stores. Ms. Holmes also claimed the company’s technology was endorsed by pharmaceutical companies and used on battlefields in Afghanistan.

None of those claims turned out to be true.

Theranos’s deceptions were exposed by The Wall Street Journal in 2015. A government inspection shut down the company’s lab soon after. Theranos dissolved in 2018, the year Ms. Holmes and her business partner, Ramesh Balwani, were indicted on fraud charges.

In July, Mr. Balwani was found guilty of 12 counts of fraud in a separate trial. Ms. Holmes, who argued to separate the cases, did not cooperate with prosecutors on his case.

At her trial last year, Ms. Holmes testified for seven days. It was the only time she has spoken publicly about what happened at Theranos since the company collapsed. On the stand, she expressed regret for her harsh treatment of whistle-blowers and journalists who investigated the company, as well as for falsifying scientific research documents.

She blamed others at Theranos for many of the company’s shortcomings and said her exaggerations were simply painting a picture of the future that investors wanted to hear. “They weren’t interested in today or tomorrow or next month, they were interested in what kind of change we could make,” she said.

She also accused Mr. Balwani, whom she dated for more than a decade, and who is more than 20 years older than her, of emotional and sexual abuse. She said he controlled everything she did and that he forced her to have sex with him when she didn’t want to. Mr. Balwani has denied the accusations.

Ultimately, a jury concluded that Ms. Holmes was guilty of defrauding three of its largest investors and of conspiring to do so. After the verdict, Ms. Holmes made numerous attempts to get a new trial. Her motions for a new trial were denied.

In letters, her friends and family said the public’s understanding of Ms. Holmes and her company were false.

“Much has been written in the media and addressed in the trial about the company and its failure,” wrote Christian Holmes, her father. “Little has been said about the innovation Elizabeth strived for, sacrificed and accomplished in order to help the company continue.”

Tags
Said She Start-Up That Was

Three Couples Go All In on a Portuguese Dream Home

Prosecution and Defense Sum Up in Oath Keepers Sedition Trial 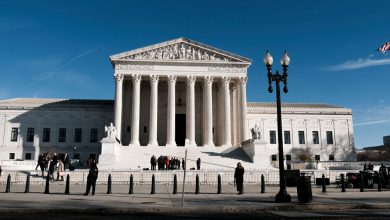 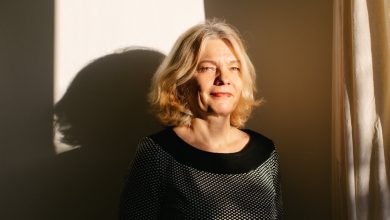 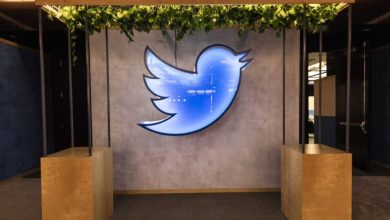 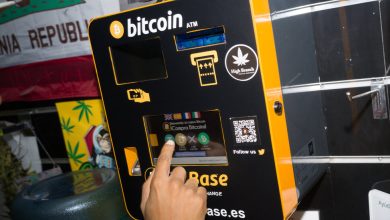