Maurice Kanbar was hoping to meet girls when he accompanied a friend to a dude ranch one week in the early 1960s. His red sweater vest might not have been the most alluring wardrobe choice, but when it caught on the concrete wall he was leaning against one evening, he noticed it had snagged the fuzz balls that had been collecting on the wool.

As he recalled years later, he was more interested in how efficiently the wall had removed the fuzz than in the dating possibilities before him, and when he got home to Brooklyn he set out to make a tool that would do the same thing. He had studied chemistry in college, and he played around with aluminum oxide crystals (what sandpaper is made from) glued to a piece of fabric stapled to a piece of wood until he had a crude, but effective, defuzzing device.

He saved his money by scrimping on dates (his mother wouldn’t lend him the $1,200 it cost to make a proper mold for a more refined version of his product because she thought it was a dumb idea), made a prototype and named it; he imagined “Balls Off” would be a winner, but friends persuaded him to go with “D-Fuzz-It Sweater and Fabric Comb.” He said he sold $200,000 worth of the combs that first year.

The idea for Mr. Kanbar’s defuzzing device came to him at a dude ranch.

Mr. Kanbar, who would go on to create, among other things, a safety sheath for used hypodermic needles, a cryogenic cataract remover and Skyy Vodka, which he claimed was a hangover-free product, died on Aug. 20 at his home in San Francisco. He was 93.

His brother and only immediate survivor, Elliott Kanbar, confirmed the death, which was not widely reported at the time.

Another of Maurice Kanbar’s creations was unveiled in 1972, when he turned a small property he owned on West 13th Street in Manhattan into a movie house with four theaters tucked inside, which he named the Quad. When it opened in October, the Quad showed three current movies — “Play It Again, Sam,” “Butterflies Are Free” and “Slaughterhouse-Five” — and the 1943 musical “The Gang’s All Here,”

He originally claimed to have invented the multiplex theater, although in truth, as he later learned, there had been others; a Kansas City theater owner, Stanley Durwood, who began slicing up his movie houses in the early 1950s, generally gets the credit. But the Quad was New York’s first, and it became an institution (and a favorite haunt of Ed Koch, the city’s three-term mayor, who lived a few blocks away) beloved for its foreign and independent film offerings — a market-driven choice, since Mr. Kanbar had trouble competing with the bigger uptown theaters for more mainstream fare.

His most lucrative innovation was not patented, but it had a compelling origin story and made him a multimillionaire.

When he complained that spirits like bourbon and cognac gave him a headache, his doctor told him to switch to vodka. When he reported that he was still getting headaches even after one drink, his doctor explained that the vodka he was drinking probably contained congeners, which are the natural byproducts of the distilling process that give some people headaches. Mr. Kanbar hired a distiller who figured out how to remove them and began to sell a vodka he named Skyy (the odd spelling meant the name could be trademarked), pitching it to bartenders and reporters in San Francisco, where he had moved in 1984.

Mr. Kanbar’s brand of vodka was inspired by the headaches he was having after drinking other spirits.Credit…Skyy

“Not too many good ideas come after drinking a couple of screwdrivers,” Robert Slager of The San Francisco Examiner wrote when he reported on Skyy’s birth in 1992. When Mr. Kanbar saw David Letterman brandishing it on his late-night talk show, he wrote in “Secrets From an Inventor’s Notebook,” published in 2001 by Council Oak Books (a publishing company he happened to own), he knew he had a hit. In 2001, he sold most of his stake in Skyy to the Campari Group, the Italian distillery, for a reported $207.5 million.

Maurice Kanbar was born Moshe Shama on March 1, 1929, in what was then Palestine and emigrated with his family to the Borough Park neighborhood of Brooklyn in 1936. His father, Meier Shama, was a house painter; his mother, Hana Kanbar Shama, was a chef who worked in hotels and summer camps. Moshe and his two brothers’ first names were Americanized, and when they were older they began using their mother’s birth name.

Maurice studied chemistry and engineering at the Philadelphia Textile Institute, which later became Philadelphia University. His first business had been Harmaur Photographers, which he and a friend, Harvey Roer, started when Maurice was 13 and Harvey was 12. (They took photos of the neighbors’ children.) In the late 1950s, they ran a textile company called the Spandex Corporation, which made the stretchy synthetic fiber invented by Dupont but sold it at a lower price.

After moving to San Francisco, Mr. Kanbar invested in real estate there and made news for evicting longtime tenants of a building he owned. He also bought $100 million worth of property in Tulsa, Okla., and invested in a tea company in Hawaii, among other ventures.

And he produced movies, notably “Hoodwinked,” a 2005 animated reworking of the Little Red Riding Hood story that did pretty well at the box office, and its sequel, “Hoodwinked Too!” (2011), which did not. He was a generous donor, mostly to educational institutions, including the Cooper Union, New York University and Philadelphia University, to which he gave $21 million in 2014.

Mr. Kanbar held some three dozen patents, including one for a swizzle stick that converts to a pair of magnifying glasses. There were a few flops — a soft drink made from 80 percent cola and 20 percent diet cola was one example — as well as a few inventions still on the market that many consumers may never have heard of, like SooFoo (short for Super Good Food), a grain product made from lentils, brown rice, barley and other grains; Tangoes, a puzzle game; and Zip Notes, a roller dispenser for Post-it-style notepaper. He also trademarked the name Wagel, for an idea for a healthy bagel, but never brought it to market. 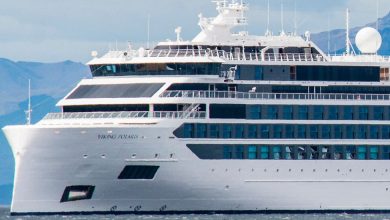